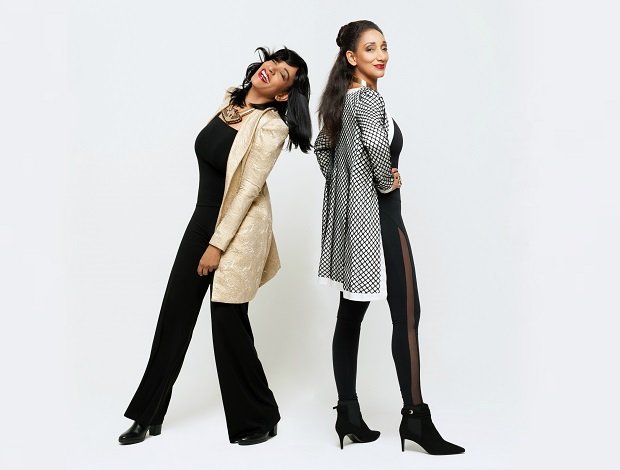 This year marks the 40th anniversary of We Are Family, a milestone in more ways than one. For family band Sister Sledge, it’s a time of reflection and a chance to take stock of their global-treasure status. For the huge swathes of millennial music fans, house party DJs, and young disco-lovers, it’s a timely reminder that the true greats can often be found in the past.

What is evident across the board, however, is the astonishing manner in which the music of Sister Sledge has stood the test of time. ‘Thinking of You’, ‘Lost in Music’ and ‘We Are Family’ comprise a mere selection of the group’s greatest releases, though you’d be hard pushed to think of more genre-defining contributions to disco.

Kim Sledge is touring with sister Debbie this year, with the pair performing at Stirling’s Doune the Rabbit Hole. The group have had their fair share of tribulation and hardship over the years, most tragic being the loss of sister Joni in 2017. Attempting to pin down why their music continues to resonate with generation after generation is a challenge Kim is ready to take on. ‘It is music that can connect with everyone,’ she insists. ‘We’ve all got family in some shape or another, and our music is about love and family, and about happiness and dancing. We need these kinds of values and ideas more than ever!’

Despite having performed since she was a child, Kim insists that she will never tire of it. ‘There is no feeling like singing on stage. My grandma’s favourite song was “Amazing Grace”, and in the midst of all our pop, disco, funk and R&B, we’d stop the music and sing that. The whole crowd would join us, from the guy covered in tattoos to the kids in their school uniforms and the little old lady at the back. There is no other feeling like that, I tell you!’

Our epoch will be known largely for its battles around gender equality and misogyny. There is something in the Sister Sledge story which suggests an environment defined by independent, strong-willed and unintimidated female figures; it’s an assumption confirmed by Kim. ‘Mum was definitely a “She-ro”. She dealt with everyone, from label managers to people trying to pull one over us, and she just took no crap! It gave us confidence and independence. I remember hearing, “there is nothing more powerful than a confident woman”. Within the group, there has been everything from rainbows to thunderstorms, but when you work with family, you always have each other’s back. That is the real advantage. When it comes down to it, and someone starts, you are like, “back right off. That is my sister”.’

Kim’s joy and energy are infectious, strikingly alike to the euphoria her music has imparted to the world over the last four decades. And she has no plans to stop now. ‘We’ve got a feature film coming out, mostly based on my memoirs, and then we’ve got more shows and some new music coming out as well. It’s a huge year for us!’